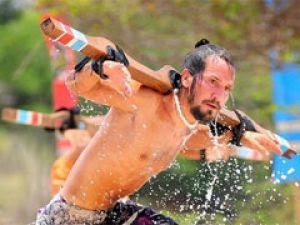 Barış Manço’s son is studying in U.S.A. these days. He comminicated TST Interactive from U.S.A. This report was answered in 02.02.2002 with e-mail. I hope you’ll like it. TURGAY SUAT TARCAN: What are the new Barış Manço projects (for example other music videos’ VCD) for the future you think? Why isn’t the album “2023” in music markets?

DOĞUKAN HAZAR MANÇO: I can’t explain 2023’s confidence. If I tell it, its feature will go out. This year’s biggest project: the most famous Turkish singers sang Barış Manço’s hits as Turkey saw.

TST: Which times you felt proud of your father? TST: When did you feel burden more as being son of the biggest Turkish singer of all time?

DHM: Being my father’s son never imposed me. Sometimes accountability imposed to me. For example to be Barış Manço’s son, I restricted my private life. But I can always be dutiful for my father

TST: I mean accountabilities. Anyway, what are your plans for the future? Your brother Batıkan says he will be an actor. You acted in advertisements and music videos. What do you choose: photography or cinema?

DHM: My first step is being successful for the future. My father said: “If you want, be carpenter but do the best work”… I will do my best in the future. For my life, for my career, for my relations… Both of me and Batıkan are interested in cinema. I also like taking photos. My brother is interested in graphic design but future is unknown 🙂

DHM: Honestly I don’t understand astrology, so I can’t asy anything but if you say “You must answer”, I just can say: my father won in his whole life and the important things for him are love and esteem. DHM: I contravene terrorism. I don’t forgive terrorism. Because I defend that guiltless people are inviolable. I am ready to help poor people.
I can say: I am get used to my new life in U.S.A. I had to go away Turkey. Some events had started to my education. After my father’s death, I noticed good and bad changes in my mind. To catch the real man I am, I ran away my country. I wanted to remove my derogrations and condense my own aims.

TST: What do you say for tabloid gossips after Barış Manço’s death?

DHM: Of course, the gossips perturbed me. I asked myself that why some people wanted to behave shamefully. My answer was “dyspeptic”. Then my sadness went away. Nobody wants clarification because we know everybody knows everything.

TST: I want to thank you for this beautiful report. Thank you for communicating www.tst.gen.tr from America. We feel proud of your father, too and we ignore gossips.