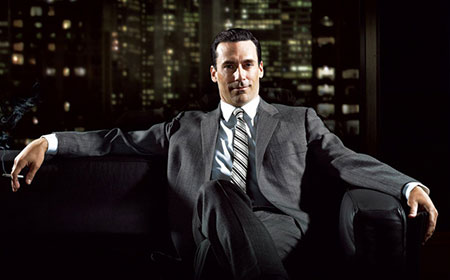 –> Agents Rebelled: Plane tickets are very expensive
–> Motor-car sales became slow at %84
–> Pearson asked Özkan this time: Solve Telsim problem
–> TPIC will make petrol pit in Iraq
–> HEMA transported the English Factory to Çerkezköy Motor-car sales recaded with eleven thousand five hundred and ninety eight numbers. This is the most dropping value since 1995. October 2001 sales decreased %84 for October 2000 sales.
Hema Endustry bought one of the biggest American industry commission Textron with 50 million dollars investment. This hidrolic power units factory was in England. The factory was moved to Çerkezköy.
USA Ambassador Robert Pearson visited Hüsamettin Özkan to solve Telsim’s 2 million dollars dept just like USA National Security Adviser and Turkish-American Business Council Minister Brent Scowcroft. Telsim’s dept is to American Motorola.
Kebab is becoming a rival to fast-food just like döner. Köşebaşı kebab-maker joined the market with express service. Köşebaşı was chosen one of the best 50 restaurants last year.
Petrol Office presented a new environment lover named Prodisel which makes black smoke decreased at %65 proportion. This was developed with English Ethly firm.
Communication Minister Oktay Vural said that 11 September Attack effected THY like other airports of the world. Because canceling reservation effected THY. Other Turkish airports effected, too because they have got 57 trillion Turkish Liras dept to The State Airport General Directorate.
Turkey joined Baghdad Fair with 150 firms and signed many agreements. For example Turkish Petroleum International accepted nearly 3000 petrol pit tenders which will be open in Kerkük Zone. So Turkey increased its trade volume to 1 milliard dollars.
Hürriyet Newspaper published a book named “Now Everybody is Millioner”. This is an important reflection book about Turkish Economy History from Hürriyet Archive. If you are interested in economy, you can read this book.
Passat start to sell a new model once decrease in KDV tax from %26 to %18 Passat to get more sales of new economic cars produced a new model that economics in exhaust of gasoline. Passat tries to sell more automobiles once when taxes are low.
New crash to America
On twelfth of November a new airplane crashed into NewYork then bourses around the world %5 average had decreased especially Airlines companies had lost their value.
Polat Holding could manage the crisis with the export
Polat Holding President explain that there are 23 companies in the seramic market but there is one producing. We apart from other had no debt in dollars so crisis has smaller effect on us. To decrease these effects we worked hard to get deal of exports and now we have amount of 40 million dolars Ege Seramic has a full capacity budget for 2002.
Minister of Finance Dervish said
he state that IMF will give the money we need but there will be list of some condition attached so we have to use the money for long term target to get most profit we should not waste the money.
Tekel had done again
Showing the increasing cost of sources and transportation Tekel raised the price of its products %14 average.
Turkish airlines getting smaller
Minister of Government Yilmaz Karakoyunlu make public explain the decision of getting smaller of Turkish Airlines. Minister states that after the terror atack to United States we decided to revise Turkish Airlines.


Treaties Must Be Kept