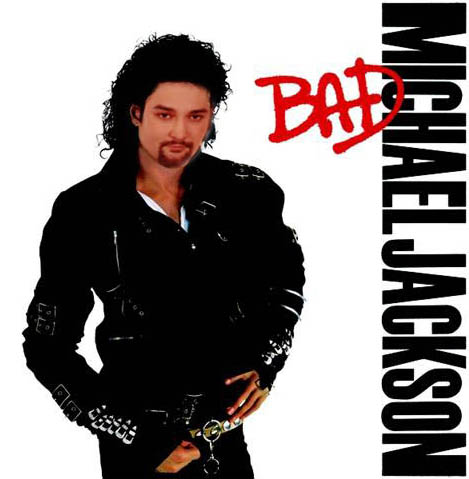 1- BAD: In 2008, I performed “Bad” at Haznedar Fiesta Garden Cafe & Restaurant. And also I added “Bad Extended Mix”s last part from my 2011 Atatürk Airport performance. It was 2012 New Year Party. In 2013, I decided to combine them, because in my original Bad video, it was my engagement. However, I seperated from my fiancée and I had to delete the preparation part when I was re-uploading it to Vimeo. I also added the small Bad part which I did for my 2011 biography documentary. Now they are one single video. I must add that 614 people watched my original Bad video at DailyMotion between 27-05-2008 and 27-02-2013. And also someone put this video to E-Kolay’s web site and 3070 people watched it there between 16.06.2008 and 27.02.2013.

3- SPEED DEMON: In 11.06.2011, at one of my friends’ Gokhan’s wedding, I danced with the King Of Pop’s song as I promised a couple of months ago to my colleague of Iberia and Celebi.

5- JUST GOOD FRIENDS: My imagination of a home-made “Just Good Friends” video was like this for years. My scenario didn’t change and I recorded my scenario at last today. (Written 7 months ago) However, I am happy that I recorded it in 2012, because this year we are celebrating “Bad 25” album and this video is another 2012 made video by me to honour the anniversary of the historical “Bad” album. This is a duet by Stevie Wonder and Michael Jackson. They are biggest male soul and R&B artists with James Brown. I was in another 80’s icon Madonna’s concert last month. I bought MDNA tour t-shirt there and I wore it as a memorial of my 2012 days. 2 months later, Stevie Wonder will visit Turkey. I hope I will go to his concert, too. If I go to his concert, this video will mean much more to me when I remember 2012 in the future. I impersonate both Michael and Stevie in this video but how? You will see it when you watch the video…

6- ANOTHER PART OF ME: This year, we celebrate the 25th anniversary of Michael Jackson’s incredible “Bad” album. In a few months, “Bad 25” box-set will be released. As you remember, for this celebration, I re-made my “Smooth Criminal” video but this time with Immortal Version. This time, I made a totally new video. Today, I danced with “Another Part Of Me” for the first time in front of the camera. However, I didn’t use the original version. I used the song’s extended dance remix which was published in “King Of Pop” album’s England version. In the beginning of the video, you can see my “Another Part Of Me” single record. Then you will able to see Pepsi’s box with Michael Jackson. After I take out my costume which I wore in my previous “The Way You Me Feel” and “Man in the mirror” videos, you can see my Bad 25 t-shirt which was a gift from Pepsi. (Written 7 months ago)

7- MAN IN THE MIRROR: I think “Moonwalker” is one of the biggest musical movies in the HIStory. Michael Jackson sings “Man in the mirror” in the beginning of the movie. He performed the song in 1988, I personatared the performance in 2009. This is my version.

9- DIRTY DIANA: In this video, I dance with Dirty Diana’s remix which is one of my favorite MJ remixes. I was a university student when I made this video and 31.998 people watched this video in DailyMotion until today (23.01.2013).

10- SMOOTH CRIMINAL: Like all the other dance videos of mine, you won’t be able to watch the original careography of “Smooth Criminal” in this video. I recorded most of the video in 1996. However, there was a missing (or mistake) part somewhere, and I completed the part in 2005 with “Smooth Criminal” costume. I bought the costume in 2003, because it looked like the original Smooth Criminal costume of Michael Jackson, but I didn’t re-record the whole video; I recorded just the error part, because I think I was very pretty in 1996 version, even I was tired, because I made lots of videos that day before “Smooth Criminal”. You will be able to hear my voice at the end of the video. My aim is not to dance like Michael Jackson. Of course, I wish that, but my aim is to have just fun. As I said before, no-one moves like Michael Jackson. Yes, there are many good dancers who dance like Michael Jackson, but MJ is the number one! I put my videos to YouTube, because most of YouTube users (especially MJ Fans) like my videos. I don’t care anti-MJ Fans’ comments. I dance at home, I record them with my cinecameras and I share them with people. I think it isn’t wrong, because I see many people like it. I won’t listen to a few people and I will continue to put my videos to video web sites, because I have some fans and supporters. Unfortunately, these videos were deleted from YouTube because of Sony Music’s rights. Now, you can watch these videos on Dailymotion and Vimeo, too. 4213 people watched this video in DailyMotion between 16-07-2008 and 24-01-2013.

This video is a remix of Smooth Criminal which was from his Immortal album. Now, Bad 25 is coming. This is a tribute for the anniversary of his “Bad” album. I became a fan of MJ, when Bad was released. It means I am a Michael Jackson Fan for 25 years. (Written 8 months ago)

11- LEAVE ME ALONE: Today, I’ve danced with “Leave Me Alone”… I chose this song for dancing, because this year we are celebrating 25th anniversary of Michael Jackson’s Bad album and this was the only song which I didn’t make a video for, in original Bad album. Of course, Bad 25 album has an extra bonus track CD. I will begin to make music videos for the second CD in near future. I alredy made a clip for “Streetwalker” in 2004 and “Fly Away” in 2012, because they were released in Bad’s 2001 special edition version. But there are new released songs which were unreleased before in Bad 25. I will create my own Bad DVD today, I think. Maybe I can do a Bad album megamix for Facebook, too. Anyway, here is one of my favourite Michael Jackson songs; “Leave Me Alone”… I don’t know why I didn’t make a music video for this song before. Even my mobile phone ringed with this song for years. That’s why when I hear that song, I think my mobile phone is ringing 😀 (Written 4 months ago)

13- STREETWALKER: Michael Jackson and Quincy Jones didn’t put “Streetwalker” to the original “Bad” album. However, when they put the song to the “Bad Special Edition” as an extra track, it became one of my favorite songs. That’s why I made a video for this song in 2004. 1404 people watched this video in DailyMotion between 16-07-2008 and 24-01-2013.