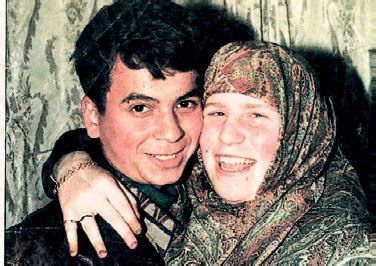 “Man is born free and everywhere he is in chains”

“Is there freedom in Turkey?” It’s a very difficult question. If we just think about the world, I mean if we compare Turkey and other countries, maybe we can say we are free. However, if we think about the real freedom, we aren’t free. Becauese nobody in the world is free.
I have got reasons. Poor people take pains rich people. Because when they have got money, they think they will be free. However, rich people take pains poor people, too. Because they are very busy. They haven’t got time. They want a country life, maybe. I mean freedom is a national term.
“Freedom” is a very big word also. Everybody in the world wants his/her rights. Women want their rights. Black people want their rights. People who think about politics want their rights. Children, teenagers, gays, condemneds, raped people, every kind of people think they are not free and want their rights. For somebody, getting their rights is freedom. For some people, freedom means a holiday. For some people, freedom is doing the job which they want to. For some people, freedom is flying like a bird. For some people, freedom is money.
I think there is not freedom in the world. In USA, criminals are executed. However, some of them commit mistakes. I mean some of them don’t want to commit a crime. Even there are executed people who didn’t commit a crime. They are slandered but the truths ensue very late. All of them are executed. In Arabic countries, people aren’t free. They have to obey religious law. England is very traditional. Princess Diana, Sarah&Musa and Royal Family events are examples.
There is not freedom in the world. So can freedom be in Turkey? There is not religious law in Turkey. Turkey is not traditional like United Kingdom. There is not death warrant in Turkey. Tourists feel comfortable when they visit Turkey. You can choose the religion which you want to believe… Turkey is not a colony country. When I remember these, they show me there is freedom in Turkey. However, I don’t feel free. Because there are lackings like every country has.
First of all, as a student I see there is not freedom in schools and universities. I remembered the advertisement of Akbank. The actor’s voice says: “I met standards when I was a baby. I tried to tell it but they made me shut up. Everybody’s enjoyments are different but there is standard.” Then they cut his hair in the ad. The teacher doesn’t let him to wear the colorful cravats. Because in Turkey, there are standard uniforms. They don’t want differences. Students shouldn’t make their hair long. Students shouldn’t make their beard long. Students shouldn’t make their nails long. Student girls shouldn’t do make-up and change their hair color, etc. There is recitation education system in schools. It’s not good. Let’s go back to the advertisement. The hero starts university. Firstly, he thinks there is not standard in universities like schools. However, he faces with another standard. He eats the same meal like others. I think the problem is not just standard meal. If he wants, he can go out to eat. That’s not the real problem about universities. There are university exams in Turkey. The exams are difficult to pass. So everybody can’t go to the real department which they want to go. Students are compelled to choose the applicable department. Not the chosen one… People finish these departments, then they can’t do the job which they want. I mean education effects the whole life. Also you should go to the army if you are a male. These are not freedom.
If you are not a student, a soldier or a person who works, still you won’t feel free. You have to behave like everybody does. Otherwise; your negihbours, friends or relatives will gossip about you. You are forced to behave and think like them. For example, if you are a man and laugh, some machos will say “Don’t laugh like a women” to you. If you are a very beautiful women and look after yourself, people will say bad things to you. These examples are from our daily lives.
Let’s go to the political life of Turkey. Unfortunately, there is not a real freedom of political life in Turkey. Because you can’t think free. If you think something which the government or law doesn’t want, you will sent to jails. Some people think that there is thought freedom in Turkey, but my example is a proof. Maybe it is not like the old days, but it still comes true.
There is not press freedom, too. Many journalists, writers, caricaturists were sent to jails because of the things which they wrote and drawn. Cameramans are beaten when they want to record something. Turkey did many reforms about everything but there are still cabals. We don’t know many serious things. I was a journalist in the summer of 2003. We were putting agencies’ news. Every newspapers, web sites, televisions put the same news but who knows they are the real news? Who knows there aren’t more important news than these? One day, our TV showed important letters on screen. Then they were punished. These were examples of external effects. However, there are also internal effects. For example, one day, I put a news about Cyprus from a news-agency. Then they told me not to put news about Cyprus. I asked the reason. They just said that they didn’t let it. But why? I never learned this.
Maybe you feel free. Maybe you don’t feel free. I want to finish my essay with famous thinker Jean-Jacques Rousseau’s words: “Man is born free and everywhere he is in chains”…