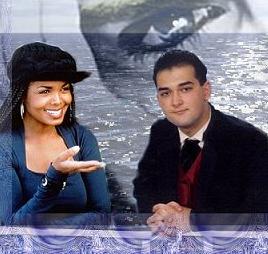 Janet (‘Ms. Jackson,’ if you’re nasty) just gave her first ‘big’ interview on US television when she appeared on Oprah’s daytime talk show on 19th November. Michael’s little sista gave the audience a taste of her new album by performing ‘Together Again’ (hot, dance number with Janet shaking her ‘booty’) and the mellow ‘Got ‘til It’s Gone.’ The crowd grooved right along with her, even giving her a standing ovation when Janet admitted that she didn’t think of herself as very good (she’s feels guilty for being successful, but, don’t fret, she’s feeling much better now). It was the interview, however, that will keep tongues wagging for awhile. Here’s a bit of what she had to say…

DANCING:
O: You think that you are an OK dancer, you couldn’t possibly think that?

WEIGHT:
O: Were you ever bulimic?

J: No. I have in the past swung both ways, heavily though. When I got down in the weight, Rene would say to me “Honey, you’re too thin now, you need to put some more on.” But, yet, I’d look in the mirror and think …well, my thighs are still a little too big and my booty could come down a little more… but that (my behind) will always be because I’m a sista.

J: The first image that I have of them being these stars is the Saturday morning cartoon. …I used to sit in my pyjamas on the floor of my parent’s bedroom. I couldn’t wait for it to come on to watch them.

SIMILAR PERSONALITY TO MICHAEL:
O: You say that you and he are the most alike?

J: Out of the entire family, yeah, in certain ways… We have a lot in common, our love of animals, the way we think about business and our careers. We spent a lot of time together as kids.

TOMBOY:
J: I was such a tomboy. I was closest to my brothers. I was never feminine. I wasn’t close to my sister LaToya or my sister Rebbie. She’s 16 years older than me. It was about the guys and I was hanging with them and they were always so good to me, so when they would go off on tour I felt very alone.

RELATIONSHIP TO MICHAEL TODAY:
O: When’s the last time you talked to Michael?

J: It’ll be two years in December. It’s been a long time.

O: Is there a reason?
J: No, other than, no animosity, nothing like that, the reason is he just finished his tour.

O: So there’s no animosity, you just haven’t picked up the phone?

J: Oh, no (no animosity). Well, actually, honestly, I have (picked up the phone) but he didn’t return a couple of calls, but it’s no big thing because I know he’s busy with the tour and preparing for it, it’s a lot of work. …It’s just that simple. I think the press make a much bigger deal out of it than it really is and on top of that I was going through my own issues, my personal stuff that I was going through, as well as getting the album together. He eventually called me…

O: Are you competitive with him?

J: I’m competitive with everyone. It’s different though because he’s my brother. I love him.

O: You heard that he was going to have a baby. Were you happy about that?

J: I was very happy. And here we are talking about my brother again. …More so, more than anything, I want to know that he’s happy. That’s the most important thing to me, to him.

MARRIAGE:
O: A lot of people think that Janet is secretly married, are you?

J: No. …I feel that we are spiritually. …Rene knows me the best. He’s been there for me through everything… …What we have is so good and so special and I don’t want anything to ruin that and neither does he, so we’re happy where we are right now.