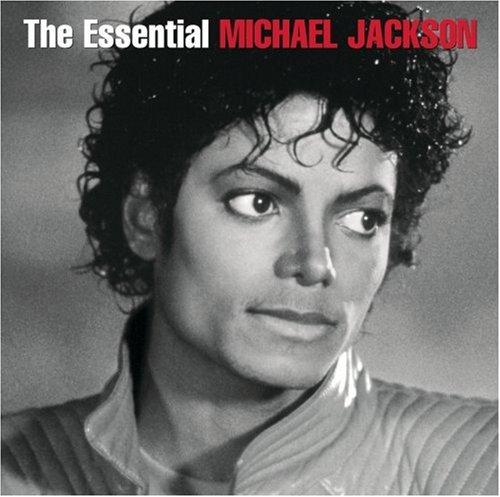 As you know, if I finish to making home videos for a Michael Jackson album, I put the videos together in a page of my personal web site. For example #Thriller, #Bad, #Dangerous, #HIStory, #NumberOnes, #ThisIsIt, #Michael, #Immortal, #Bad 25 already have got their own pages. However, also an album had got its page before finishing to make music videos for all of the songs, because I’ve written critical about the album. That’s why I created its video page earlier. It is #Xscape…
Anyway, today I’ve finished to make music videos for the King Of Pop’s compilation album called “The Essential Michael Jackson”… Yes, this is a “greatest hits” album. That’s why I put only bonus tracks’ videos to this page just like other “best of” albums “Number Ones”, “Immortal” and “This is it”… I see Motown hits and unreleased songs of Michael Jackson as bonus tracks in compilations. Of course, I also have all Jackson 5, The Jacksons and solo Motown hits in my archive except “Diana Ross Presents The Jackson 5″… However, I don’t think I will do music videos for all of Motown songs, because Michael Jackson was a kid while singing that songs and I am a grown man. But Allah knows the future. Maybe I can change my mind and make foolishly videos just like “Got To Be There” in this album. Who knows?
First of all I want to show you the track list of “The Essential Michael Jackson” compilation. You can watch other songs’ videos from their own albums’ pages. In this 2 CD box-set, there are only two bonus tracks which aren’t published in main MJ solo albums created by Epic and Sony Music: “Got To Be There” and “Rockin’ Robin”… Then you’ll able to watch my amateur videos for the songs. After that you’ll watch my “Time Machine Megamix”… The remix represents the legendary singer’s biggest hits from “The Essential Michael Jackson” album… GOT TO BE THERE (Orondé Remix): I’ve made this video in 13.06.2016. However, there are screens from 1996, 2002, 2014, 2015 and 2016. This video contains my FX guru videos, MSQRD selfies, brand personality and loyalty presentation rehearsal, my birds and Michael Jackson statue made by chocolate which is in Pelit Chocolate Museum in Istanbul.

ROCKIN’ ROBIN: In October 2010, I also used the cartoon which I’ve made with my toys in 1997 with The Jackson 5’s “Rockin’ Robin” song. The toys were He-man, Teenage Mutant Ninja Turtles (Leonardo, Michelangelo, Donetello, Raphael), G.I. Joe, troll, Splinter, Spider-Man, James Bond JR… All of them are in this video.

TIME MACHINE MEGAMIX: Scream, Jam, Dangerous, Black Or White, She Drives Me Wild, In The Closet, Why You Wanna Trip On Me, Remember The Time, Who Is It, Can’t Let Her Get Away, D.S., They Don’t Care About Us, HIStory, Tabloid Junkie, Don’t Stop Til’ You Get Enough, Off The Wall and Wanna Be Startin’ Somethin’… These songs made HIStory, Michael Jackson’s story, his story… In 2007, I found a megamix called “Time Machine Megamix” in the internet and I loved the remix very much. I decided to make my own “Time Machine Megamix” version. However, I hadn’t done videos for some of the songs that year. After 6 years, in 14.04.2013, I made the video that I wanted for years! Because, now I have done music videos for all of the songs from the megamix. The mix’s name is “Time Machine Megamix” and I am nearly using the machine in this video, because you will be able to see my images between 1993 and 2013… In 20 years, I’ve changed a lot. This video is a proof of it. I also used a little screen from my “Childhood”, “Eaten Alive”, “On The Line”, “The Jackson 5 Megamix” and “I’m So Blue” videos, too. However, you won’t be able to hear any sample from the songs. You can see the full versions of the videos at my Vimeo channel: vimeo.com/turgay
This video won’t be added to “TST Megamix” series, because most of them are already showed in previous TST Megamixes but I like doing my own video versions to Michael Jackson’s megamixes such as MJ Megaremix, King Of Pop’s Thriller Megamix, Immortal Megamix, 80’s Disco Hits Megamix, MTV 1995 Megamix, Tony Moran Megamix, etc.
61 people watched this video at YouTube in one week (I mean between 14.04.2013 and 21.04.2013)… And 5 days ago YouTube member graciana83 left this lovely comment: “LOL i had fun watching your vid, though its too long.. i would say my fave is “in the closet” 🙂 keep Michaeling! long live the king :)”…