TST’s Article That Published in the USA 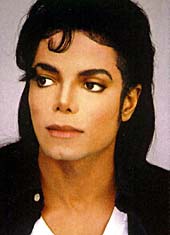 I am a big MJ Fan who is from Turkey and the webmaster of http://www.tstinteractive.cjb.net which includes Michael Jackson subject. When I first saw Michael in 1987 with “Bad”, I was 6 years old and effected by his song, his dance, his carisma… I started to dance like him and when “Dangerous” came, I became a real MJ fanatic. I have started to collect everything about him. I learned his story. For example, he and his brothers had left Motown and signed with Epic/Sony Music. I became an enemy of Motown because of what they did to The Jacksons, and became a fan of Sony Music. I used to think that Sony Music was the best music firm. When I listened to “Without You” by Mariah Carey, I liked her and her music and when I saw “Sony Music” logo on her casette cover, I really loved Sony Music more… She was also a wife of Sony Music boss. When Sony Music came to Turkey (Sony Music Turkey) I really became happy. In Turkey, I am a fan of ASLI and she belongs to Sony Music Turkey. One day George Michael left Sony Music. Question marks had occured in my mind even I wasn’t a fan of him. Then Mariah Carey seperated from Sony Music boss. Last year she left Sony Music, too. Question marks were increasing. Now, King of pop (I think he is king of all music) Michael Jackson has problems with Sony Music and he will never make an album for Sony Music. Now I can see the truths. Sony Music isn’t the biggest music firm, because they betray the biggest mega star ever, the king of pop Michael Jackson who has laboured for Sony Music. If Michael Jackson wasn’t a star of Sony Music, the firm wouldn’t be bigger like this. Invincible is one of the greatest album ever, and Sony Music tries to backbite this album. There are many hit nominees in this album. Michael Jackson is eligible and will win the war. Because he has got the most faithful fans ever. As a member of http://groups.yahoo.com/group/mjturkfan , as a webmaster of http://invinciblemichaeljackson.cjb.net, I blame Sony Music. Because it is doing a big mistake by stopping promotion of Invincible. We want more music videos, we want more singles, we want Michael Jackson to come to Turkey to give a concert and we want Sony Music Turkey to publish MJ singles in Turkey…